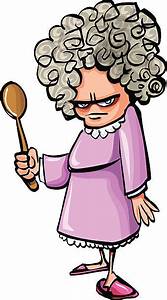 I can’t claim to know much anymore, but one thing is for sure…after this damn COVID is over I’m done cooking. I feel like my children are young again and I’m spending all day in the kitchen playing chef du jour for my little angels and my husband.

As in the past once again it’s one bite for you one for the garbage disposal, (that was my nickname back in those days). Now I feel like I should have a t-shirt made for myself printed with Insinkerator.

Only problem is there are no kids here to split my food with so it’s all going into the garbage disposal, AKA me.

Last night I dreamed my oven was hiding behind my bedroom door waiting to attack me with a giant spatula. It tied me up and force-fed me zucchini chips while it screamed, “Do you have to make crummy veggies that spend all day in the oven drying out? Don’t I deserve a break? I can’t take anymore I’m a wreck.” Then it broke down and started to cry. It trudged out of the room after handing me a coupon for Dominos and a copy of Shakespeare with a quote about the quality of mercy being strained or something.

Guilt from my oven? What’s next, a letter from the Chinese requesting money for the sick scientists who brought us COVID? Much like the guy who murdered his parents and threw himself on the mercy of the court because he was an orphan.

I can’t even think of a single food that appeals to me anymore. My taste buds are telling me, “No thanks man, I’m good,” and closing down.

I’ve baked, sautéed, fried, stewed, roasted, chopped, sliced and mooshed and nothing even appeals to me anymore. I’ve air-dried and French-fried and I’m fried, period. I’ve even sold my soul for Creole and I’m just plain done.

I’ve eaten every cuisine from here to Outer Mongolia and I’m wondering if the Astronauts have any suggestions.

If you see a flying saucer would you please flag it down and see what they’re serving on board for lunch.

The other day I’d swear I saw a feather growing out of my tuchas from all the chicken I’ve eaten.

No, Charlie Tuna I’m no threat anymore so rest easy.

No more Jiff in a Jiffy no more Burger Kings or Dairy Queens, and Jack can just close his box because I’m not interested.

No Chick Fil A or Chick Fil B for me cause I’m over this whole COVID food thing.

I know I should be grateful to be here in peace and quiet, eating, cooking, baking and answering to no one’s taste buds or food cravings but my own.

Sorry, not feeling it.

If someone else made me a taco would I bite? Maybe, but I won’t guarantee that would work.

I’m just tired and can’t get my taste buds excited about anything anymore.

Eating as a hobby is getting super old and I want to go back to my old life. Retail cardio, now that’s a hobby. I never realized what a thrill it would be to walk down the crowded aisles of a store and just stare at something until I decide to buy or not to buy.

Oh sure, Amazon may pretend to have aisles but they don’t.

When was the last time you stood weighing a buying decision until someone came by with their cart and barked, “Do you mind?” Oh to hear the sound of a rude customer annoyed because I’m blocking her way again.

Or to play Maj Jong and hear the clackity clack of the tiles on the table as I two bam four crack happily along while shoveling in handfuls of chocolate-coated gummy bears.

Cooking doesn’t cut it. Sure for the first few months it was fun to be in the kitchen, now I feel like I’m on the spinning teacups at Magic Mountain when my overwhelming nausea forced me to insist the guy stop the ride so I could get off. (My son doesn’t like me to repeat that story, apparently the embarrassment he suffered was traumatic).

Please let me out of the kitchen so I can get back to living my life, bitching about LA drivers, sitting and fuming in traffic, looking for a parking spot at the mall out of the sun, hanging up on and cursing at robocalls.

Oops, wait a minute those are stressful things that make me want to eat more.

Is there no way I can escape food? Must I be forever attached to my oven and chained to the stove top?

I totally envy those who can use this moment of quarantine for Peloton riding or speed walking about the neighborhood or even exercising in front of the flat screen with some anorexic zealot.

I’m just not one of them.

As a foodie my instincts are for food to fill time as I try to convince myself I’m not bored as hell. Meanwhile I’m chomping at the bit to get the heck out of this place like Seabiscuit at the starting line.

Some days I just want to scream “Help,” out the window as the fitness conscience walkers speed by. Full of themselves and their whole damn healthy outlook while I dip another double stuff Oreo into the milk and toss it into my mouth.

Now I’m in a real conundrum because the joy of shoveling in calories has waned and I’m feeling down, and when I’m down I habitually look toward food to lift me up.

This cannot be good.

So I’m forced to do the unthinkable…find something besides eating to make me happy and fill the hours.

Yes, I know there are millions of things besides consuming edibles, yet I’ve never considered them an appropriate substitute for good old chocolate.

So I shall wrack my brain compiling a list of productive pastimes. Hopefully after a few weeks of practicing a wholesome lifestyle, my taste buds will return to normal and welcome some fried cluck with biscuits or an oink lettuce and tomato sandwich or a fake whopper with real bacon and Burger King’s less than stellar French fries.

After all, one must keep hope alive and in the age of COVID, perhaps that’s the best we can hope for, besides curbside pick up of course.

Award-winning journalist and star Jude of Baking It on NBC with Maya Rudolph and Andy Sandburg Norma Zager combines her years of stand-up comedy with her writing skills, to create an offbeat, hilarious take on Baby Boomer life and growing older in today's world that touches the chocolate-coated soul of everyone. One of the stars of the Food Network’s Clash of the Grandmas, Zager had returned to journalism after a 14-year stint as a stand up comic, playing Vegas regularly and opening for the biggest names in laughter. She created Norma’s 14 Karat Cookies after moving to Los Angeles and was the first comedian to have her own comedy/cooking show in Las Vegas. Her numerous television and radio appearances including Home and Family and appearances on the Food Network made her a favorite with audiences. Her cooking show on Beverly Hills Cable Network can also be seen on Youtube. In 1999, Zager returned to her journalistic roots when she accepted a reporter position at the Beverly Hills Courier newspaper and became editor after nationally scooping all other media and breaking the story about Laura Schlessinger’s mother’s death. When Erin Brockovich sued the city of Beverly Hills alleging an oil well on on high school grounds was the cause of numerous cancers in former students, Zager’s coverage garnered national attention. In 2003 she was named Los Angeles Journalist of the Year and Best Investigative Reporter by the Los Angeles Press Club. The Wall Street Journal and The Columbia Journalism Review both featured articles about her work on the Brockovich story. Zager’s book about the Brockovich/Beverly Hills lawsuit entitled Erin Brockovich and the Beverly Hills Greenscam, is currently available on Amazon and bookstores everywhere. Lila Luminosity and the Lipstick Murders and Lila Luminosity and the Planet Christmas Murders combine her love of comedy, cooking and reporting to create a crazy, zany, fun-filled ride through the universe armed with chocolate, shoes and every woman’s perfect boyfriend. They are also available on Amazon. Zager and her family reside in Los Angeles, where she is a journalist, radio show host, author, speaker and part-time journalism professor at California State University. View all posts by normazagercom