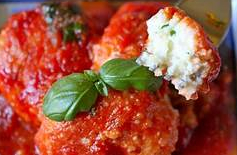 I’m Speechless So I Guess Hell Froze Over

For those who know me and would never have fathomed I’d ever run out of things to say, I must announce that the day is finally here. Hell froze over and I’m speechless, dumbfounded and can’t even think of anything to write about.

This of course is no surprise because in order to find new and interesting things to say you need to live your life out in the world. Since that is something I can’t do right now thanks to COVID, what is new and exciting to report?

The world is an interesting place when you’re in it, but since we’re forbidden from venturing forth into the outside climes, well I have to admit it’s a bit boring.

Sure I could watch television and moan about the people going out sans mask, partying and spreading the virus to innocent people. Freedom schmeedom, because we’re free can we explode a bomb in a crowded theater? I think not.

Or perhaps I could bitch about the fact that the geniuses that run the states and cities are letting criminals out of jail so they can go on killing, raping and committing crimes in a safer environment. Should I sleep better at night knowing that someone who raped ten women is not in danger of catching the virus?

Maybe we can talk about the fact my hair looks awful, my nails are non-existent and my roots are growing faster than a politician’s lies.

We could talk about these things I suppose, but why? Life is depressing enough right now.

I’m well aware sitting home, watching television and eating isn’t a hardship, although most men would be far happier if their television schedule included sports. Sorry about that, guys. There are worse things than staying at home, sitting on the patio reading a book, feeding the squirrels and zooming with your grandchildren all day.

How many times can you ask a friend, “So what did you eat for lunch?” I sound like my father who felt monitoring his children’s caloric intake was akin to brushing your teeth each day.

I imagine one could ask, “So what did you buy online today?” Yet truly having Amazon deliver a box of Softsoap isn’t the most sparkling topic.

Besides who needs to shop when were all in our pajamas and sweats?

Okay, so here’s the deal…I’m making up a pretend life. After all I’m a writer and should have a vivid imagination so now’s my time to prove it. I’m going to tell you about the week I wish I’d had, but couldn’t because I can’t leave the damn house!

So in my imagination I’m in Roma. Italy, not Ohio. I didn’t need a plane to fly there because I took a magic carpet that I borrowed from a friend down the street who just returned from her pretend trip to Istanbul. Maybe I’ll fly there next week, no masks and lots of empty seats beside me on the rug.

Anyway we’re back in Rome and I’m walking toward the Spanish Steps. Boy, those are high and my feet are already complaining. I decide to sit for a moment observing all the thousands of people walking about in the square hurrying toward their next destination or favorite outdoor café for the world’s most delicious pasta.

Ahead of me is the Via del Corso, the premiere shopping area in Rome and women rush about carrying bags labeled Fendi, Gucci and Dior as their heels clackity clack on the cobblestone streets.

In the distance are the hills of Rome; magical and legendary like a painting by an old master.

Two kids walk by eating cones with gelato dripping down the sides, their mother wiping their hands as they struggle to keep licking their precious treat.

Four young men are standing at the base of the steps speaking Italian, smoking, laughing and checking out women as they pass. Italian men, gotta love ‘em. Some women pretend not to notice, but smile as they walk past flattered to be noticed and admired. I think how nice it would be to be young again as I pull out my phone and check Vatican tour times.

I grab a cab and head to St. Peter’s Basilica to see the impressive statue of St. Peter, his feet shiny and worn from all the pilgrims who’ve rubbed them in a desperate attempt to garner his blessings and help.

I stare up at the magnificent dome created by Michelangelo and I’m stunned by the way it catches the light filling the space with color.

To my left is a small alter containing two confessionals of dark, ancient wood. As I get closer I notice the worn steps at their entrances where so many have entered to ask forgiveness and a blessing.

I’m in line to enter the Sistine Chapel and look around at the unbelievable splendor of St. Peter’s Square filled with tourists, priests, nuns and worshippers from all over the world.

Some obese guy I’m guessing from New Jersey by his accent, in Bermudas and Adidas bumps into me and almost pushes me over as a bird poops on my shoulder. Damn, I just had this pashmina cleaned and I search for a Kleenex in my purse.

Ecstasy returns in the chapel as I’m instantly stunned by the sheer magnificence of the space. My eyes hardly know where to focus first. I sit on a bench and look up confused about what side to stare at and my eyes become glued to Adam and God nearly touching. I sit transfixed until I hear a loud clap accompanied by a loud shush. I return to earth and notice the room is still and wonder what’s happening. I continue to stare and in another twenty minutes the clap and shush once again.

I inquire about this strange incident to a nearby observer and I’m told it’s the Sistine Chapel shusher who regularly claps and shushes to reduce the noise level. I decide to apply for that plum job as soon as I leave and remain staring upward until my aching neck insists it’s had enough of all this magnificence.

I head out to an inviting restaurant in Rome’s ancient, Jewish ghetto to experience another Roman culinary masterpiece. My fat self is praying they have good stuffed squash blossoms as taxis and people whiz by me on the busy streets, overflowing with bougainvillea and the sound of clinking glasses and murmurs of “chin chin.”

I’ve left Rome and now I’m back from my adventure sitting on my couch, typing in my jammies and wondering if there are any of those yummy zucchini chips left over.

I’m wishing to see Rome again someday when all this craziness is only a horrible memory and life returns to whatever it will be. As long as Rome is still there, I’m good.

Happy travels on your own magic carpet, everyone.

A pinch of nutmeg

Drain the ricotta cheese in cheesecloth over a bowl until dry

Pour the ricotta into a bowl and add spinach.

Mix two eggs in a separate bowl. Add salt and at this point you may add a dash of your favorite Italian seasoning like basil or oregano to the eggs. This is your choice.

Add eggs to the ricotta and spinach and mix then add flour and mix until just incorporated.

At this point you may do a few things as you choose.

First add the balls to boiling water and cook until done and floating. Then serve them with sauce of your choice. May be tomato or make a sauce of brown butter and sage by melting butter in a pan with fresh sage leaves until the butter turns a golden color and smells nutty.

Second you may cook the balls in tomato sauce in the oven sprinkled with cheese. Enjoy!